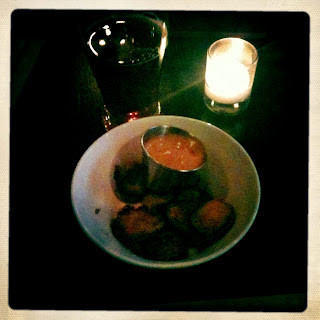 As some of our favorite friends with whom to dine, these two were down with ordering a bunch of share-able items. It's actually pretty easy at OTS, because the menu is quite geared for sharing. We opted for the cheese platter, the charcuterie platter and the accoutrement platter. One thing I would have liked to be a bit different with these would have been the ability to select the items on the platters. Many places offer the choice to build your own when it comes to platters, but OTS has all three of their platters pre-selected. This isn't horrible, especially when one can be indecisive (like me), but tonight, I was in the mood to select!
But wait, there's more...
at 10:55 AM 1 comment:

I don't do fast food too often. My developed tastes and increased conscience have led me away from a one-time big-hitter in my culinary repertoire. But lately not many box restaurants can pull me in. The biggest winner for a long time has been Arby's. I just love their juicy roast beef sandwiches. My fave is still the Bacon, Beef and Cheddar. And I may never want to give it up. Especially when you pair it with their curly fries with more cheese sauce and a Mt. Dew. The only other thing that calls my name regularly is a sausage and cheese biscuit for breakfast from McD's. and at a buck, it so easy. So I decided to just start making these myself at home every week and microwaving one or two every morning. So sorry Ronald, the only thing you have left for me is your fries on special occasions! 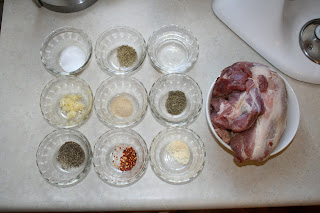 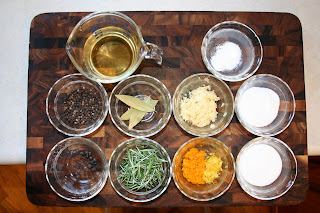 A bump in the road.

When I started this blog I told myself that I must keep up to date with it. I didn't want to be another blog that got some people excited only to start to whimper off and fall into the rare-poster category. Some weeks I have had as many as three posts, but never less than a post a week. Not long ago I was even nervous about having a week post and ended up posting one or two more times that week. But last week was the first, and I hope last, time I didn't post at least that one time. And although some say excuses are for the weak, I'd say I have a pretty damned good one! 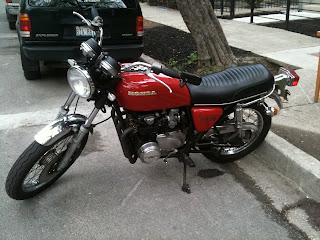 Email ThisBlogThis!Share to TwitterShare to FacebookShare to Pinterest
Labels: stories 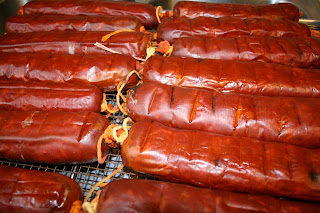